If there’s ever been a perfect venue to see Crumb play live, Thalia Hall is it. Still on the American leg of their tour, the band filled the space to the gills with eager attendees. Opening for Crumb was Chicago band, Divino Niño, whose sound is a nostalgic mix of ’70s and psych-rock. They jammed through their set and got the crowd singing along to “Maria” as they neared their finish. Before Crumb came out, Gwen Stefani’s “Sweet” played through the venue’s sound system. The stage crew brought out giant, spherical balloons in black and silver. If you have ever listened to Crumb, you know this add on is a complement to their moody and ethereal sound. It was the perfect backdrop to be awash in the mournful voice of the lead singer, Lila Ramani.

By the time the band walked onto the stage, the crowd had thickened and began to buzz with excitement. Backed by visuals from their new album art, they launched into “Jinx.” The heightened basslines perked up the crowd who began to sway the music, as if in a trance. Lila’s vocals wrapped around the crowd in their clear, dreamy style that has hooked fans from the beginning. Hearing how Lila’s voice filled the space and wrap you in their warm embrace is just one of many reasons to see them play live. 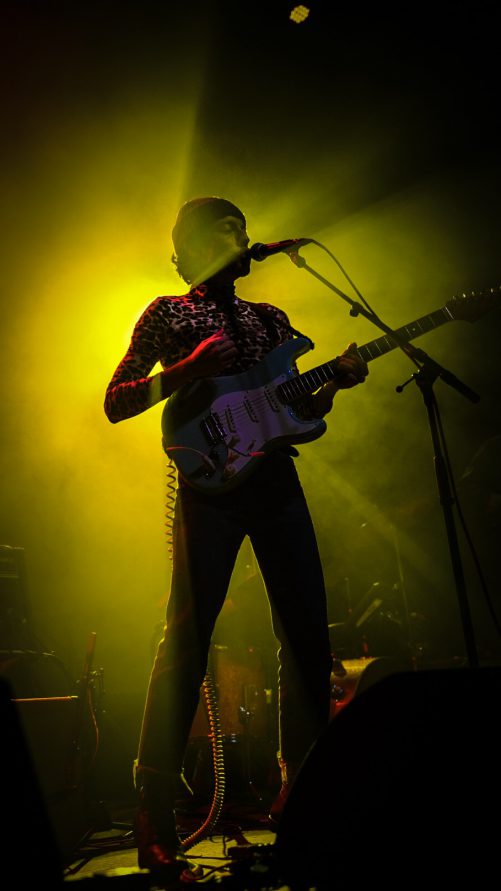 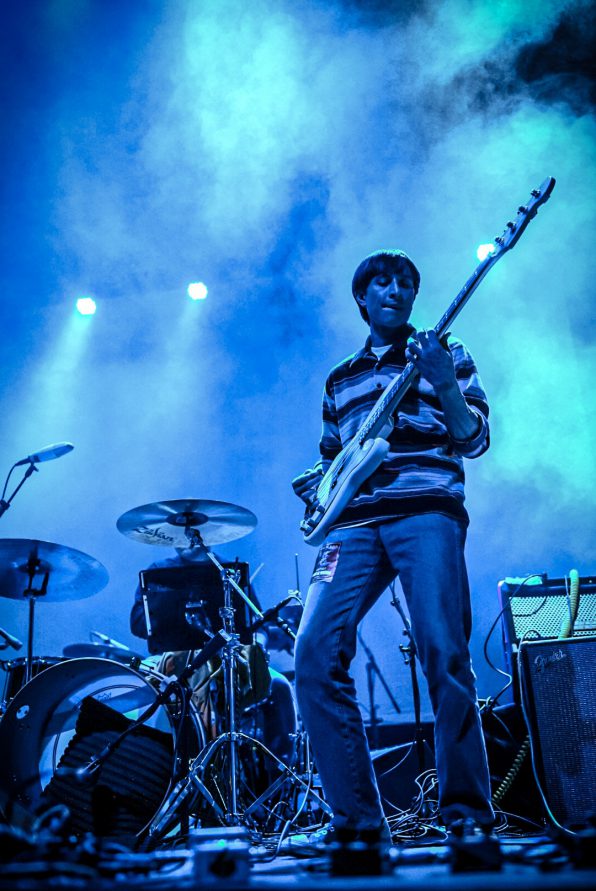 As the opening strums of “Plants” began, the stage was bathed in blue light. Accompanied by visuals of ripples, the aesthetic matched the higher, mournful pitch of the lyrics, “Tell me, tell me something sweet.” Crumb is a band that can make the color blue seem warm. Clutching their down coats, the crowd swayed along appreciatively and reflected their appreciation right back.

“We played here a couple of months ago and it was awesome. We wanted to come back and see y’all,” Lila said before strumming into the opening of “M.R.”

The night continued with the unique juxtaposition of Crumb’s signature, eerie sound, and a lively crowd. One person walked by wearing a shirt that simply read, “Sad Songs” and it was a great reflection of the mood of the night: a bunch of folks gathering to enjoy the melancholy show.  They played through a melody of their old and new songs, ending with “Locket.”

“This is our old song. If you know the words, please sing along. We appreciate it,” Lila said. Finishing to loud cheers and cries of, “encore,” Crumb blessed the crowd with “So Tired.” Crumb’s sound made the blues and silvers of their stage set up seem warm on what was a chilly night. Calling it one of their bigger shows, it is not hard to see their impact on the psych-rock scene.