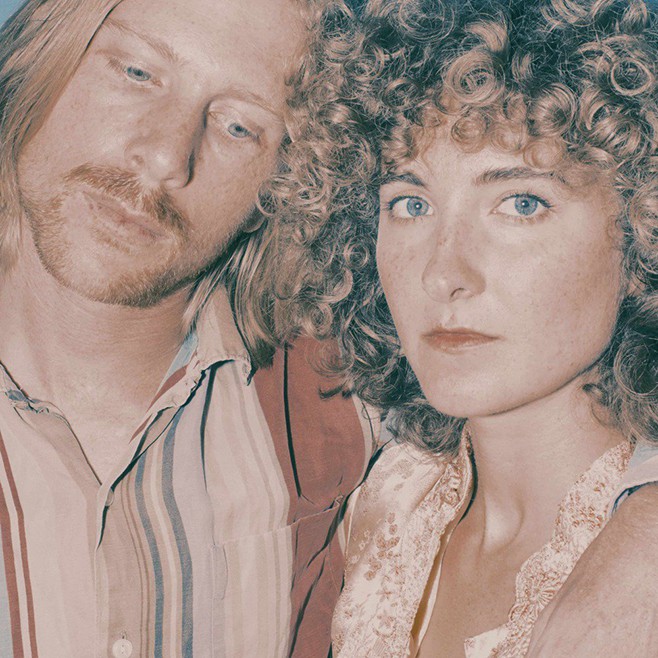 Tennis started out as dreamy pop duo writing about their romantic sailing trip together. Their first album, Cape Dory, is still hard for them to escape. During the set Alaina Moore even references it herself. The whole idea itself is so purely hipster/ millennium that some may be surprised they lasted this long. But through the help of additions to the band and incredibly talented producers like Richard Swift and The Black Keys’ Patrick Carney, they have matured and developed a deeper sound.

Moore’s sweet sir still drives the band though and this was apparent at their set. She was the only one who spoke in between songs and her 70s babe vibe was lapped up by most of the hetero males around me. Moore is absolutely running the show and I love seeing a woman in power.

I have to say though, the banter that filled the quiet turned me off a little. It almost felt like Moore was perhaps trying to force the persona that their first album created. She brought up their sailing trip and also spoke of her and Patrick’s wedding day. “He cut my hair with a dull kitchen knife and my sister sewed my wedding dress that day.” She also let us knows how lucky we were to be witnessing this set because she was ill. It’s also incredibly nerve wracking to be up on stage so she might have just been going on tangent while someone tuned their guitar, so I won’t judge too harshly.

Tennis delivers live, their sound was tight, on point and no major snafus happened during their set. The encore featured just her and Patrick and they closed with “My Emotions Are Blinding”, their latest release. If you see them live, you’ll get exactly what you’re expecting and, coupled with the fact that they have matured as musicians, it makes for a pleasant time. I just hope they can eventually leave Cape Dory behind and move on to a thicker, more intricate sound.