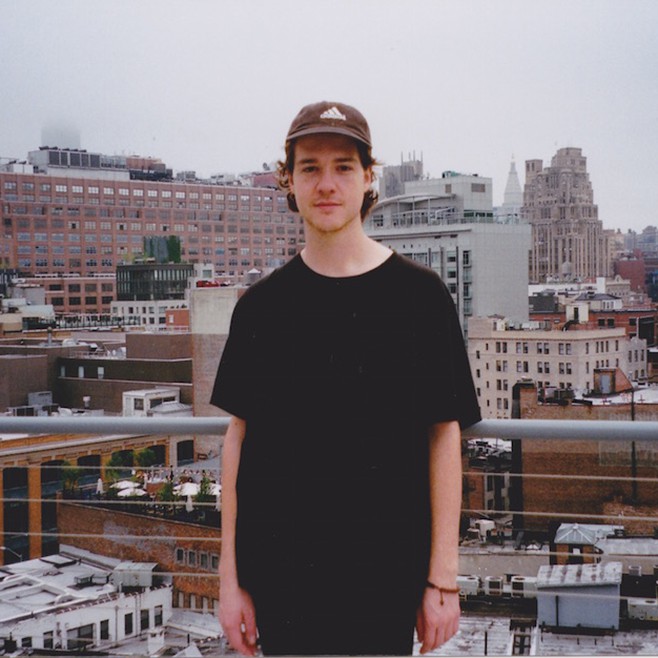 When Peter Sagar stepped out on stage he was rocking a Mariah Carey shirt and I really hope it wasn’t ironically. I mean Butterfly rocks right? Or maybe it was too on the nose considering the sound he’s going for? Albeit hipster-ism has taken over millennials, Peter Sagar is not the embodiment of cool and I think he’s ok with that. The set was sold out and the crowd was young and simmering with excitement. The line to the bathroom was insane because people were definitely doing drugs.

The set launched with “Fresh Air” and heads started immediately bopping. The vibe if you’re unaware with Homeshake, is 90s/80 R&B. The sound was even more prevalent live. The sound quality of live compared to recorded is pretty spot on except for the fact that during “Every Single Thing” he used an insanely sped up vocal modifier that can only be compared to that of a chipmunk voice. Now Sagar has always used slight vocal modifications in his recordings and for the most part it’s tasteful but this was not. He has been criticized for his vocals before and I wonder if this is his remedy to a voice that’s been overworked on tour? However, his album came out only a little over a month ago. Sagar and crew are also known for not taking themselves too seriously so it could all just been in good fun.

Towards the end of the set, the band does go into a somewhat jam session and they do something I love that most bands don’t do. When they are done they get off the stage, no encore. I personally think encores are superfluous, just play until your done and get off the stage. I feel like encores are somewhat of weird ego strokes.

The set was almost exactly one hour long and after my first whisky, I found myself grooving. I love Sagar’AShASs sound. It’s simple and sexy and the lyrics are taking us on a story about love and relationships that most of us can identify with. I highly recommend catching him in your city and bring a dance partner with you if you can.