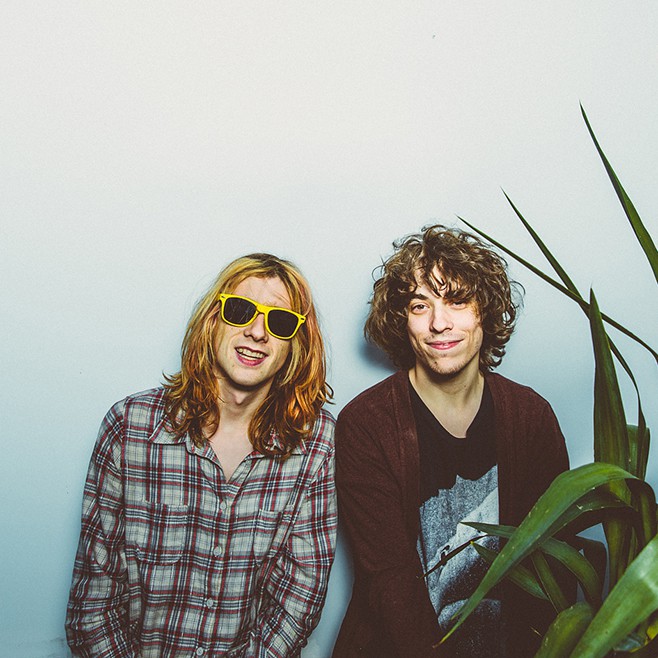 I first heard of Foxygen when their album We Are the 21st Century Ambassadors of Peace & Magic dropped in 2013.

The duo’s sonic smorgasbord of classic rock styles had me completely mesmerized. I loved how within the same song, singer Sam France could jump from Dylan to Jagger to Lennon, all while the music kept pace with shifting styles. It felt small-scale, but the ambition was grand and thoroughly impressive.

I saw them at Wrongbar by myself, clutching a newly purchased vinyl and shirt. I was even a bit starstruck when Jonathan Rado walked by me and I congratulated him on the show. The point being: I loved Foxygen.

Then an ex-bandmate and girlfriend of France, Elizabeth le Fey, posted the infamous (now-deleted) Tumblr post that painted the band as unpleasant and combative. I started noticing an air of tension in their interviews. France’s stage presence grew erratic and resulted in altercations with fans. Jonathan Rado released a solo album that didn’t fare so well, and Foxygen’s follow-up album did little to make things better. The emphasis shifted from solid songs to glam extravagance.

It felt like Foxygen had misjudged what people, or at least what I, really dug about them. It all seemed to come to a head when they posted a cryptic tweet implying the band was finished. It was later revealed that only the “current incarnation” of the band was over – the gesture felt cheap and attention-seeking. The point being: I no longer loved Foxygen.

In early 2017, they released Hang, a collection of eight songs that heavily feature orchestral arrangements. I wasn’t a fan of the singles nor the album itself – it felt too musical theatre. But then a good friend of mine chided me for not liking the album and asked me to see their “touring production of Hang.” I was wary of any concert labelled a “touring production”, but ultimately agreed.

The show was at the Opera House, a venue I hadn’t been to since high school. The crowd was an expected mix of young people and older folks who appreciated Foxygen’s classic rock sensibilities.

The band came out with a horn section and began playing a groovier version of “21st Century Ambassadors” before France took the stage in a white shirt tied into a crop top, with the makeup and hair of a poor man’s Ziggy Stardust. He flaunted and danced with the confidence of someone with a more impressive midriff – glam extravagance was still very much on the menu.

They ripped through three classic songs, which admittedly sounded great with the fleshed-out arrangements, before performing Hang in its entirety. The songs did sound way better live – punchier and more engrossing than on the album. The audience loved the new material, and it occurred to me that I was in the minority of Foxygen fans who disliked Hang.

Jonathan Rado sat perfectly upright at the piano and shredded when he was on guitar. The final extended jam at the end of “Rise Up” was a definite highlight. Then the band launched into an encore of old favorites. I was thrilled when they played “Make it Known”, a track off an earlier album.

Now that they’ve gotten this musical theatre production out of their systems, I’m hoping Foxygen evolve into something new. The show left me optimistic that I’ll soon hear a Foxygen record of kooky, catchy songs with a bit more of an orchestral oomph. Whichever direction they go in, may they find a bit more peace and magic in their music.