The thermometer reads eleven degrees when Gramatik takes the stage at Chicago’s Concord Music Hall in Logan Square. Nights like these are not typically spent cavorting around town, lining up outside clubs in the skimpiest of outfits, but Chicago’s EDM community is not typical. They’re a hardy bunch who shrug off the frost glazing over their exposed skin like morning dew. Bonded by polar-bear instincts, the Gramatik fans pack close and dance in a protective aura of positive energy and possible heavy drug use.

Denis “Gramatik” Jasarevic himself is in the midst of an epic winter tour, covering clubs and festivals throughout North America. “I feel like I’ve never stopped touring since I moved here”, he told us in an earlier interview. He arrived at Concord from Dallas, Texas, only a few hours before the show. The only sleep he got was on the plane and he hadn’t eaten until just before going on. You’d never know any of this from watching him though. No more than thirty seconds ever passed without some sort of jumping or wild gesturing. Though soft-spoken off stage, Gramatik commands attention on stage and whenever he shouts a verse into the microphone the audience goes bananas. “Put your hands up Chicago!” They’re already up, Gramatik.

Out on the dance floor a young lady turns around and tells me, “Hey, I like your, um, thing!”

“Yeah.” Then she whips her hair in time with the music and turns back around. Sudden, unexpected compliments are just one of the nice things about the Chicago EDM community, it’s very inviting. If you are, say, a music journalist looking for interviews, all you have to do is pull out a notebook, sit near a good lighting source and chatty new friends will come on their own, no need to hunt. Jon, a strength trainer and coach from St. Charles, Illinois, has seen Gramatik four or five times. He’s big into the EDM scene and goes to all the major festivals in the Chicago area. After a few minutes of amiable chatter, his buddy Quinn, from Sugar Grove wanders over and invites himself to be interviewed.

“Um, I’d prefer if he just interviewed me, Quinn.”

“Well I’d prefer if he interviewed me, Jon. I’m much more fun to talk to. Tell you what, how about we both just shout our answers at the same time?”

So I ask what their favorite color is, to which Quinn shouts, “Ummm!” and Jon says, “ROY G BV! That’s all the colors in one!”

Concord Music Hall is less than a year old, but whoever designed the place obviously had some experience. The dance floor is large with good sight lines to the stage from every angle. The sound quality is excellent, many people found they didn’t need to wear earplugs, but could still feel the music from the monolithic speakers around the stage. The sound engineers have to mix both the electronic equipment and the backup guitarist Gramatik shares the stage with, but they do it so deftly it sounds as if it was all recorded on one track.

The one glaring flaw of the show is that the management might have stacked the line-up a bit too thick. The doors open at 9 with the first band coming on around 10. Gramatik comes on a little after midnight and plays until the bar closes, just after 2 in the morning. That means the early concert goers have been dancing for 6 hours by the end of the show. Even the people who just come for Gramatik have to keep their energy up for at least two hours, which is hard for people to do on a weekday. By the second hour of Gramatik’s set, the jumping and dancing have turned into swaying and nodding, with an occasional and short-lived flourish of excitement after a good hook.

But considering the alternatives on this frigid Chicago night -sitting at home, hibernating or freezing to death outside – the Gramatik attendee could do a lot worse. 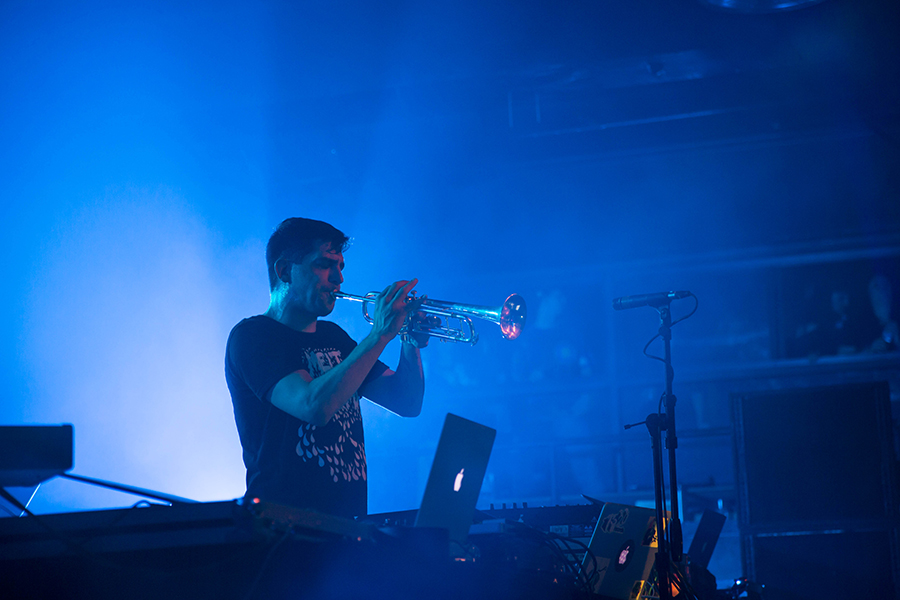