Having arrived at the Concord Theater a few hours before Gramatik came on, I met the band’s tour manager at the corner of the stage before he guided us down a secret staircase to a sparsely furnished green room. Denis Jasarevic, the driving force/front man/only permanent member of Gramatik, saved a spot for me on the couch. He had just gotten off a flight and hadn’t slept in a day but was still game for a conversation:

Scott Wilson: Where does the name Gramatik come from?

Denis Jasarevic: It’s like this stupid story. I’ve been playing music since grade 3 or 4, I was in a band and we were just fucking around and learning our instruments, just playing Beatles songs in a really shitty way, you know. Later on when I started getting into hip hop and rapping I realized I needed a rap name. I realized when I’d go buy weed from a dealer I never had more than a gram, so I called myself Gram. That was my rap name. Then later on in high school I was good at English, I’m from Slovenia, but I was good at it so everybody was always asking me how to spell this, how to say that, and then one time one of my classmates said, “Dude you’re not Gram, you’re Gramatik!” Just a stupid joke, but that’s my name now. 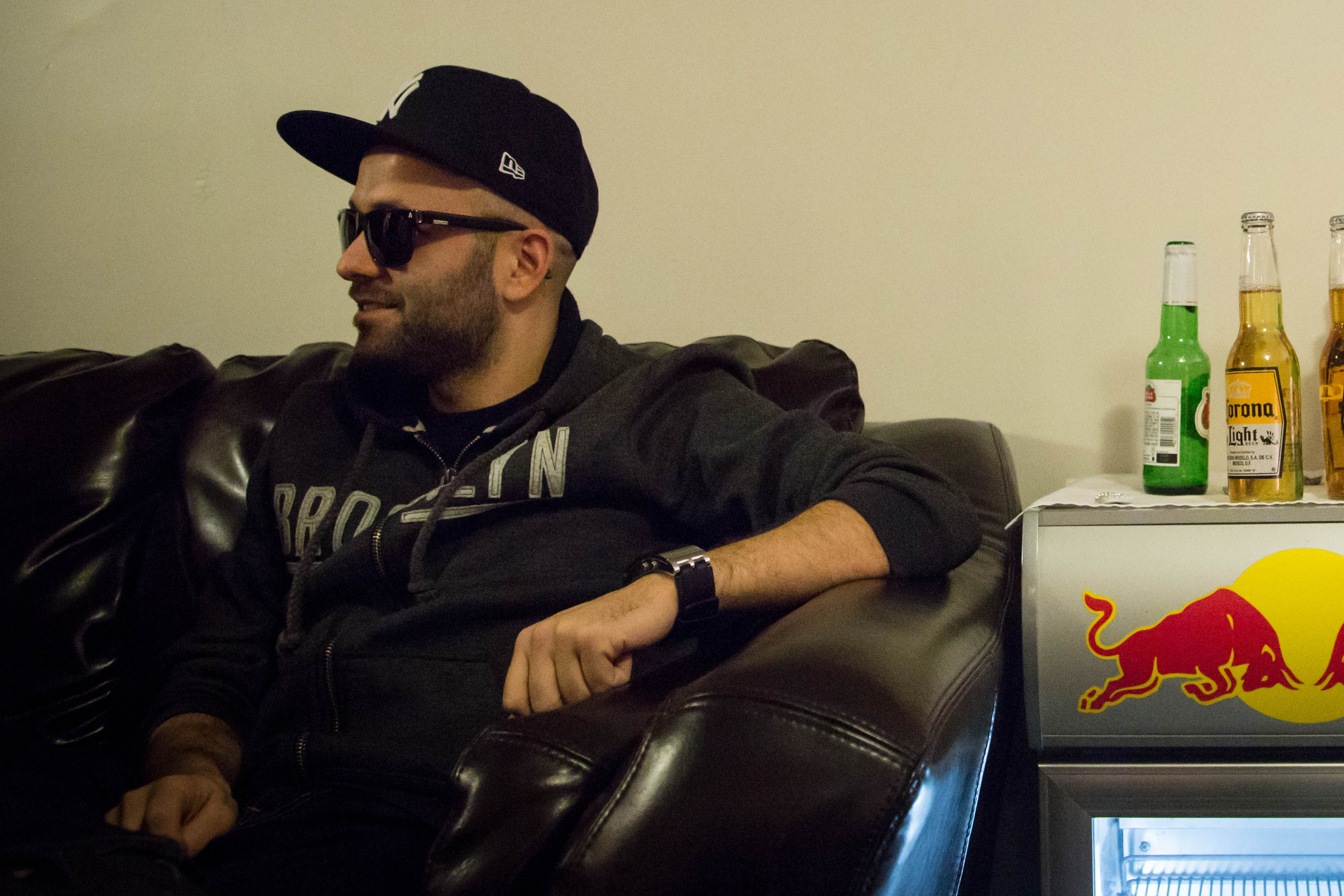 SW: I read that you got to take a helicopter ride in Dallas. How’d that come about?

DJ: That was fucking awesome, I’ve never been in a chopper before. I think they had it there for like artists or something and they offered to give some of the headliners a ride. It was cool, it feels like you’re in a boat, but like on air. The movements of the chopper feel like you’re on water. And the way you land, it’s not like it just goes straight down. It approaches the earth at an angle I’ve never experienced before.

SW: That’s got to be a trip for the pilots.

DJ: Yeah dude, me and Greg were in there and we had the headpiece on and were doing the chopper voice –

DJ: Yeah that, and we were like, dude, our job is cool but your job is pretty fucking cool!

SW: So you went to a technical school for college?

DJ: I went to SAE for Audio Engineering.

SW: Do you have a pretty strong background in science and mathematics?

SW: Do you think having that background has changed your music?

DJ: No, it’s just helped me realize some things about the physics of sound. That’s all I really needed from that college, to talk with some actual physicists about how sound works to make my shit sound good. Talk to some people who could explain things in an abstract way. That’s how my brain processes things, in an abstract way, that’s why my music sounds the way it does. Because of my music people think I’m good at math, but I’m not.

SW: Alright, let me ask you one more question. If a film maker came up to you and said I want to use your music, what kind of film would you want it to be?

DJ: Scorsese, Tarantino, or Coen brothers. That’s like my second biggest passion, cinematography. Me and my roommate who’s a videographer have been working on short scripts, and I want to get into acting as well because I’ve been doing that since high school. As much as I’m passionate about music and the music making process, TV and movies are the same. I’m a huge film and cinematography buff.  That’s what I want to get into more of. Tour less and do film scores and stuff. Once I get off touring and this Gramatik stuff me and my roommate, who’s also from Slovenia, we’ve been talking about making movies since we were kids. We’re going to start making things.

At that point the tour manager let us know it was almost time for him to go on. As quickly as our conversation started, we had to end it. The live experience from that show, however, is a different story.