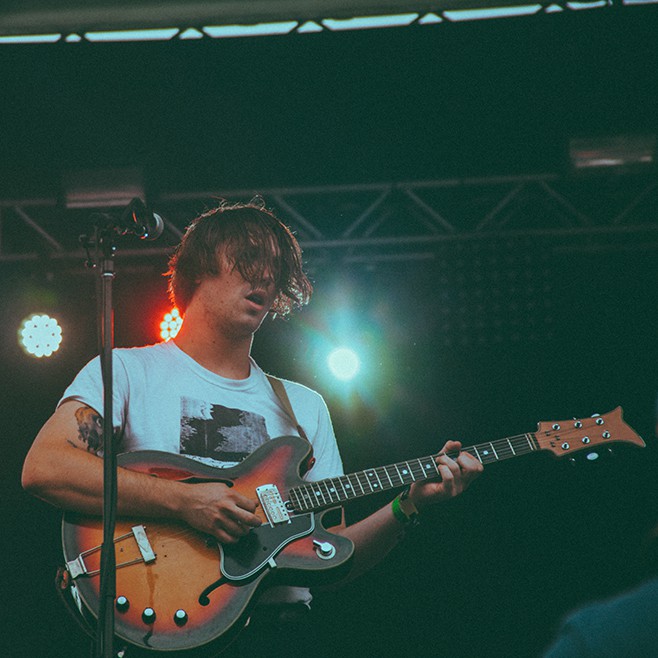 Pitchfork started in a gray drizzle as my black, torn sneakers stepped into Union Park. Car Seat Headrest had already begun and Will Toledo’s unique voice was the perfect beginning to this festival. Pitchfork is known for showcasing emerging artists. The band soon started into Vincent and Toledo was in his fetal like position shredding on his guitar. His boyish good looks only add to his allure and the obscure lyrics like the ones in “Drunk Drivers” help engage the misfits as well.

It doesn’t take long for the weather to clear up and people start to trek over to the Blue stage. The sun could not have more perfect timing. Whitney takes the stage and sunny weather definitely matches their jangling fusion sound. Ehrlich leads the band though a set almost identical to the one they played for JBTV. He makes sure to introduce the band and even gives a shout-out to his folks. The set even features a string quartet to help out on the title track “Light Up On The Lake”. A perfect summer band, if you haven’t already hopped on the Whitney train, I highly recommend it.

Twin Peaks set was scheduled to play next on the Green Stage. A Friday 5:30 set was something I was surprised by. Two years ago, before the release of Wild Onion, they opened the festival, one would think they would have earned a Saturday playtime while touring behind their 3rd album. Their set was the usual psyche freak out most of their sets are. The boys of Twin Peaks are much like their music. They’re raucous, wild mad men that you can’t help but love. They’re Chicago boys too so most of us were brimming with hometown pride. You could even see the Whitney boys on the side in support. 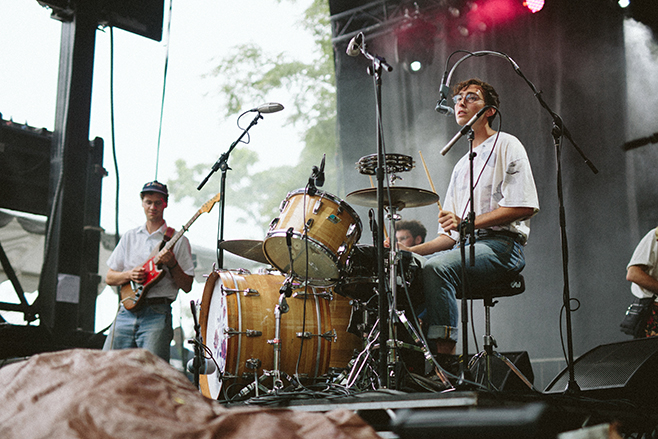 Broken Social Scene was second to last on Friday and there was definitely a wave of nostalgia as people reminisced over studying, hooking up, and breaking down to this band through their formidable years. Kevin Drew and crew haven’t played the states in over 5 years and they didn’t disappoint as they banged out the hits including: “Texico Bitches”, “Fire Eyed Boy”, “Shoreline”, and “Ibi Dreams of Pavement.” The crowd for the set was the largest one for the day if not the entire weekend. It makes sense though because BSS has a connection with the city of big shoulder due to spending a year here while recording Forgiveness Rock Record.

Carly Rae Jepsen’s set had a cameo by Devonte Hynes so it looks like her cred is only getting stronger.

Beach House closed out Friday is a dreamy, twinkling, Steven Soderbergh style of lighting. Their music doesn’t always translate the best live due to the light airiness of it but having the park to themselves definitely helped. Watching their set felt somewhat like floating through space. Front woman Victoria Legrand left us with inspiring words “Trust in those who love, because those are the ones who matter. Don’t let fear win.”

Images by Garrett Duncan for Pitchfork