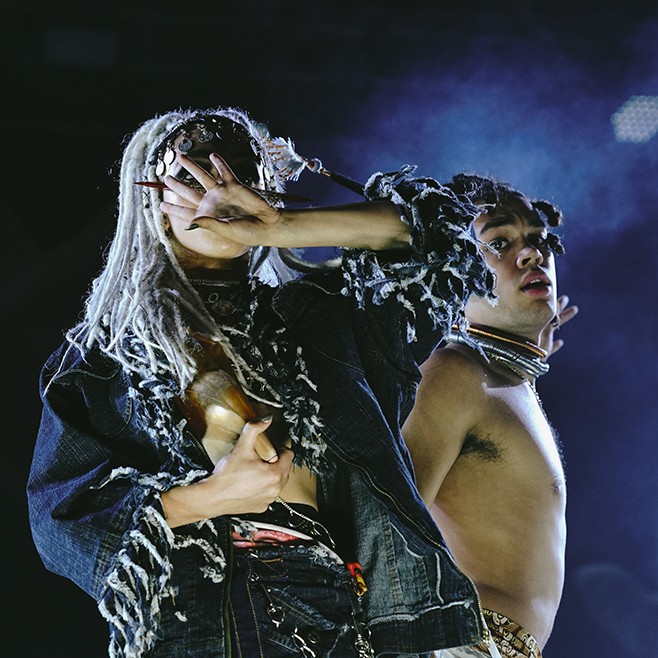 On Saturday Pitchfork started with a dilemma, Kevin Morby or Royal Headache? I had recently seen a set by Morby at Schubas so I opted for Royal Headache. I did stick around for one song by Morby and Will Miller from Whitney was joining them on stage to play trumpet. Some of festival highlights tend to be those mini collaborations that a large co-location of artists easily affords.

Royal Headache didn’t disappoint with a soulful, fuzzy lead by feverous front man Shogun. But you know who did disappoint?? Brian Wilson. Some things are better left in the past and I think The Beach Boys might be one of them. The sound was too crystal clear, like someone had simply pressed play on their MP3 player and when Wilson did attempt to sing, it was depressing. John Cusack did make an appearance but this is a music festival, not a film Q&A. The movie Love and Mercy came out this year and Cusack is a Chicago native so the choice for Brian Wilson to play made some sense. Except that what we got was a sad old man group trying to relive their glory days. I understand that Brian Wilson is a musical genius and I mean him no disrespect but I just don’t think that Pitchfork was the right setting.

Devonte Hynes paid Carly Back on Saturday when she came on during his set. He opened his set with the same intro from Freetown Sound, which is a poignant speech by Ava Raiin about race and feminism. It’s a fabulous intro and I’m glad he kicked his set off with it. Festivals are a great time for artists to make statements not just musically but socially as well. They hold a lot of power and have a lot of young, eager ears listening. He kept it light and fun though and had the whole crowd bopping and swaying. Empress Of also graced us with her presence to sing for the track “Best of You”. 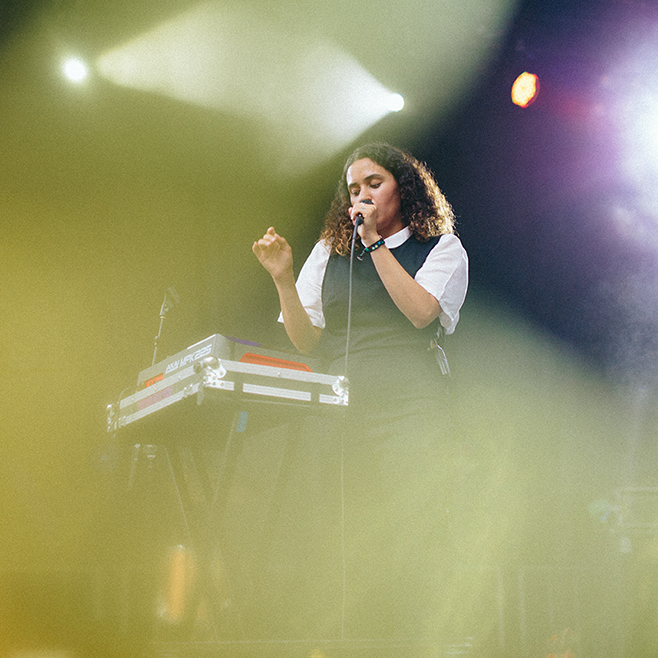 Sufjan Stevens closed out Saturday and it was a bacchanalia of sound and colour. He and his band were decorated in various shades of neon and silver fringe on almost all their appendages. He had his signature angel wings and it took everything for this writer to not burst into tears. He played an amalgamation of “Illinois”, “Age of Ads” and “Carrie and Lowell”. Many of the songs featured synchronized dances from him and his back up singers along with him being held up on a ladder in a giant silver headdress. Of course, he finished the set with the beloved track Chicago and then a cover of Prince’s “Kiss”. Easily, my favourite set of the weekend. When Chicago started the crowded erupted into approval and Sufjan could have handed us the microphone, not a single lyric was missed. I love when things are joyous, whimsical and strange and Sufjan was all of that and more.

Sunday was filled with extremely sexy and danceable acts like Kamasi Washington, Holy Ghost!, Jeremih and Miguel. Jeremih’s set may have stolen the show with a guest appearance of Chance the Rapper. Once Chance stepped onto the stage, the crowd surged forward in a wave of crazed, enthusiastic madness. 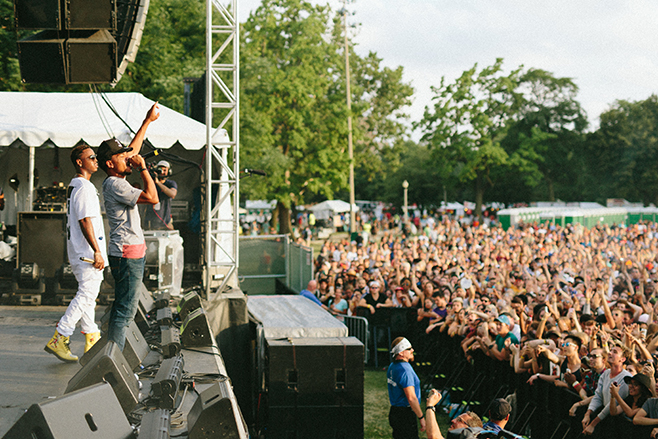 Holy Ghost! was the great dance party of the weekend. In every observable direction all kinds of moves were being bust and inhibition was thrown to the wind. Final days of festivals are definitely the time when you need to get your ya ya’s out. I, for one, could not stop shaking it. The only break was had when front man Nick Milhiser stepped off the stage to light up a cig.

The weekend closed out with F.K.A Twigs and Oneohtrix Point Never. My fellow comrades have already referred to F.K.A Twigs as a goddess and I have to say her trippy, smooth performance could be lead by a celestial being. Per usual though, I want to give some clout to the under dogs, Oneohtrix Point Never was insanely intense and unlike any other set I saw at Pitchfork. Loud, unearthly, and trance like. They may not win a Grammy any time soon but if you’re looking to get weird, they’re the ticket.

Music Festivals feel like this magic place where reality is suspended. People are kinder and strangeness is not only expected but also encouraged. I love the whirling distortion that happens when the lights fall on Union just as much as the sun blazed dance parties during the day. Every year I think it can’t get any better but it always does. Until next year, kiddos.

Images by Garrett Duncan and Matt Lief for Pitchfork